Fortunately, some former Solitude drivers wanted to join in this project Solitude Revival. This made the concern a very authentic one, for who could better contribute telling the story of Solitude races as those who witnessed as active drivers. First and foremost, we have to name the former Solitude-winners Hans Herrmann, Herbert Linge, Eberhard Mahle and Paul Ernst Strähle. All of them not only succeeded at Solitude but by the time had been worldwide respected racing drivers with numerous wins all about.

Hans Herrmann even was an established Formula One driver during the Fifties and Sixties. In 1954, he started his F1 career at Mercedes-Benz, but also drove for Porsche in long-distance races, winning races such as the Carrera Panamericana and the Mille Miglia. And when Porsche reached for the World Championship in the late sixties, Herrmann was hired again, and in 1970 he made for Porsche’s first overall-win in the world’s most prestigious 24 hour race of Le Mans. Herbert Linge and Paul Ernst Strähle also did a very successful job in long-distance races and rallyes. We find them for example in the winners list of the toughest rally ever, the Liège-Rome-Liège marathon as overall winners. Eberhard Mahle was brilliant in rallyes and hill climb races. He won Rallye Solitude five times, and in 1966 he became European Hill Champion in the GT class.

These four personalities again and again have been supporting Solitude Revival since its foundation in July 2001, and their attendance of club events, expositions and classic racing events always made it glamorous. Their stories from the legendary epoch of road racing are a highly estimated contribution to Solitude racing history and furthermore give a deep insight into a racing driver’s life of those days. Next to these four main protagonists have played a part in the founding of the club also some other former drivers, such as Eugen Böhringer, Manfred von Brauchitsch, Paul Pietsch and Walter Schock. And furthermore over the years have been joining quite a range of drivers and riders, such as Kurt Ahrens, Dieter Braun, Kurt Brixner, Roland Heck, Lothar John and Luigi Taveri, to mention only a few. Even record champion Giacomo Agostini joined the club. 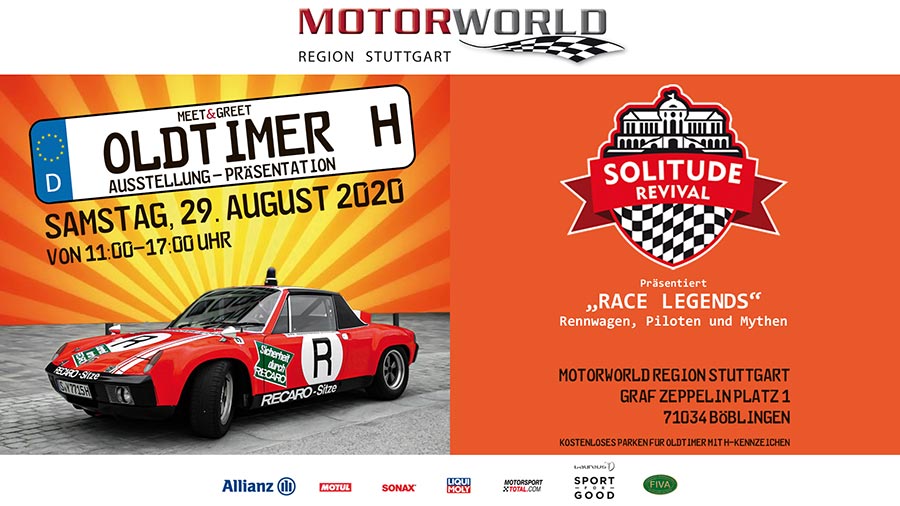